We may not have a literal Summer Movie for Kiramager this time, but it looks like three of the Kiramager will get to appear in a Road Safety Movie by Toei Education. The Kiramager actors will only voice the transformed Kiramager. We will get Juru Atsuta, Sena Hayami & Tametomo Imizu. Check out the Trailer of "Mashin Sentai Kiramager's Road Safety"
1170

Episode 26: "Turn it into a Weapon That Is a Arrow" Air Date - October 6 Kiramagers have lost completely to Yodonna. Earth is near Crisis. Kiramagers decide to fight with the new power → Kiraful Go Arrow which was sparked up by Juru Atsuta's (Kiramai Red). Episode 27 Air Date - October 11 Sena Hayami (Kiramai Green) starts training after putting on her Support Gear. But Yodonna turns that Support Gear into a Bomb.
2850

KR Kenzan Confirmed Appear in Episode 6 & Touma To Travel to Avalon in Search of King Excalibur?

So it looks like Kamen Rider Zero-One the Movie's Filming isn't complete yet. It was only Shesta who had wrapped up her filming. Yesterday at around 9:30 PM (JST) near Tokyo Station, Zero-One the Movie Filming was going on. It is a night scene and he is seen wearing Zero-One Driver and his signature Red colored costume from first episode. A TwitCast streamer who was also nearby had streamed some part of the filming. A 5ch user had mentioned that he saw Fumiya-kun doing Aruto
1790

Toei's CEO Shinichiro Shirakura had released a Limited Edition Kamen Rider Den-O Novel which focuses on Deneb. The title of this Novel is "Kamen Rider Den-O: Deneb Kanjinchou". Kanjinchou is Japanese for Kabuki dance drama. The synopsis of the novel says that "Yuuto Sakurai / Kamen Rider Zeronos and Deneb are going on a Joburney of Time. Will Deneb be able to make Yuuto eat Shiitake?". Well it looks like this novel will focus on only one topic. Deneb's thought of making Yuuto
2030

Futo Tantei's Twitter had teased that Mitsuru Matsuoka who had played Katsumi Daido / Kamen Rider Eternal in Kamen Rider W is going to appear in Big Spirits Comic upcoming Interview that will be published on Spirits Vol. 48. This will be released on October 26th which will also have the Final Chapter of Futo Tantei Manga. Just like other casts he will also have Photoshoots. Big Comic Spirits have covered all the cast from Kamen Rider W. Though Queen & Elizabeth & Terror Dopan
1040

Mashin Hakobu, the Golden Phoenix Mashin which will give birth to Greatful Phoenix along with Mashin Oradin will be voice Tetsu Inada. Tetsu Inada is known for voicing Doggie Krugger / Deka Master in Dekaranger and also in Ryusoulger he had voiced Gachireus. He had voiced characters in all four Tokusatsu Series (includes Metal Hero Series) and has atleast one Tokusatsu role every year. When it comes to Mashin Hakobu, he is one of the strongest Mashins of Oradin and it seems t
2080

Teaser column for the month of November has revealed that there will be a Super Robot of Justice that will appear. This could be the long rumored Ultroid Zero. The STORAGE Robot which they wanted create that would surpass Ultraman. Just hope that it wouldn't end up like Terranoid from Ultraman Dyna. More new forms & new Riders will appear in November for Kamen Rider Saber and I will quote the same next month. The New Riders could be Kamen Rider Slash & Kamen Rider Sonic. Next
4240

Remember Gorenger's Hurricane Bomb Finisher? Gorengers used to pass it around from one to one before attaching the enemy with the Hurricane Bomb. Well a pretty similar concept will be used by Kiramager as Go Kiramager. They have a limit of 100 seconds to use this form and the another limitation is that they have a single weapon Kiraful Go Arrow that transforms into their Go Kiramager form. So each Kiramager will pass it on to one another while using it to Shoot the enemies an
3220

Ultraman Ace will use his rare Ace Blade after so many years from TV Series and Ultraman Z will use Z Lance Arrow to fight against Baraba. I didn't knew that Ace had the sword till I saw today's scans then googled it. In the end, Ultraman Ace & Ultraman Z will use double beam attack to defeat Baraba. Their victory scene will be with Sunset. Battle with Beliarok will be pretty cool, but it looks like Ultraman Z will lose his new sword the very 3rd episode from the debut and th
2540

Looks like Ultraman Z not only has one, but two mentors. Ultraman Mebius will be seen training Ultraman Z in combat. Ultraman Taiga who is actually younger than Z in terms of age will also come to see his practice and meet. Ultrawoman Yullian and Ultrawoman Sora are watching the practice too. Well I just came to know today that Ultrawoman Sora was a Stage Show Exclusive character who is going to make her first appearance on screen in The Absolute Conspiracy. She belongs to th
2670

Kamen Rider Kenzan is going to appear in October. Ren Akamichi is going to use Sarutobi Ninja-den Wonder Ridebook to transform into Kamen Rider Kenzan Sarutobi Ninja-den. Just like Buster, he also doesn't use a Belt. He will insert his Wonder Ridebook in the Seiken → Fuusou-Ken Hayate. This sword can split into two to use in Nitoryuu mode. When in Single Sword mode, the Light Green Sword can be rotated around the Dark Green Sword to form a Large Shuriken. As he uses the Rideb
4860 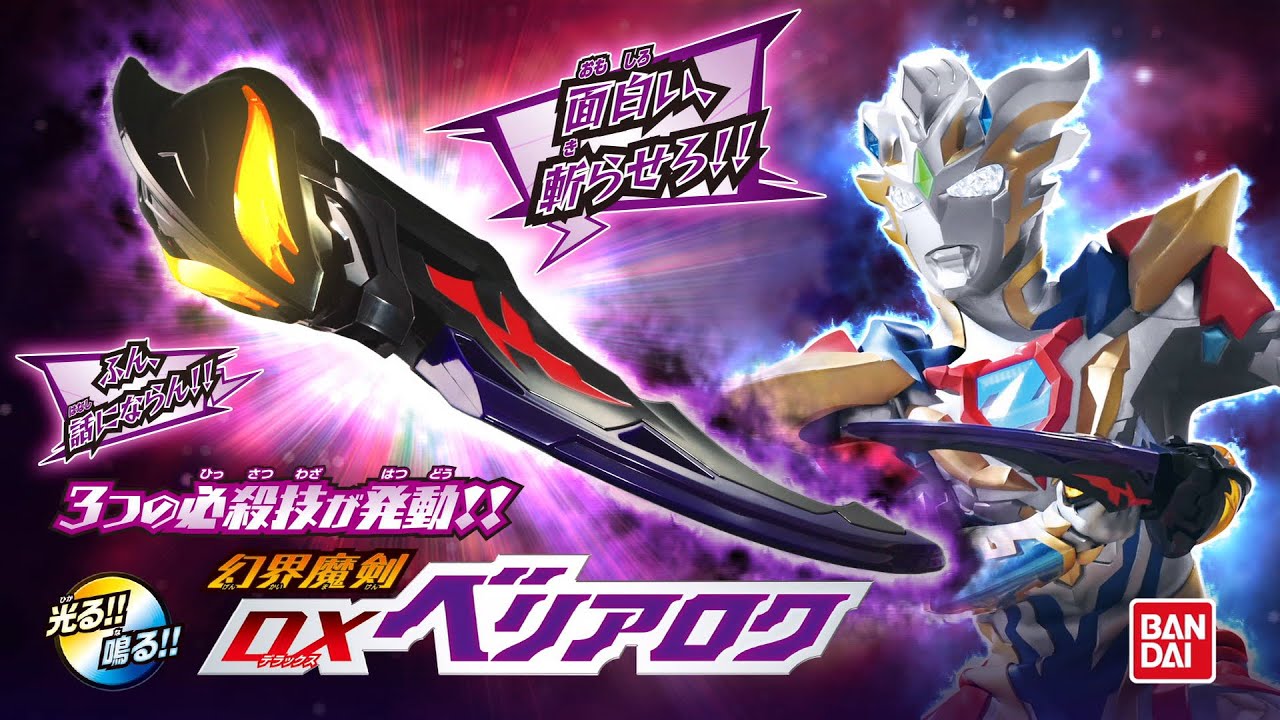 Ultraman Z Delta Rise Claw & Genkai Maken Beliarok are going to debut in the next episode and we get to hear the voice of Beliarok for the first time. He will say "What will you do by using me?". You can buy the DX Beliarok, Delta Rise Claw Medal Set, Delta Rise Claw Figures using the below Ad boxes. Check it out!
640

Zero-One the Movie First Scan: Zero-One Vs Eden, Eden Can Use Thousand Jacker

Air Date - October 4 Director - Kyohei Yamaguchi Screenplay - Naruhisa Arakawa It turns out that the beautiful Priestess which Tametomo Imizu (Kiramai Yellow) & others met was Yodon Army's New Commander → Yodonna!! Her motive is to collect large amount of Evil Energy and create a Warp Tunnel that connects the Earth to Yodonheim. Soon after she reveals her plan, Kiramagers are attacked by upgraded Bechatto. Yodonna also power ups Bakudan Jamen and makes their force strong. Kir
2310

Nashiko Momotsuki Turns Out To Be Yodon's Commander: Female Sentai Commander After Many Years!

Who we thought was just a Guest character turned out to be new cast of Kiramager. That's also the one who joins the evil side. When Nashiko Momotsuki used the Yodon Changer, I thought she was about to transform into an Surprise Evil Character - Armored in the same way as Gaisorg. Turns out it was a cosplay like suit. By the way, it's been a while since we got a female commander in human form. When was the last we got it? Escape was it? Can Canderilla from Kyoryuger be counted
5620
1
23