A strange teaser... really strange I tell you! It will give you trauma! So a really strange teaser was put up in TTFC, TELASA, Ura Kamen Rider's Official Twitter & on Super Hero Time's YouTube channel. It is related to Kamen Rider and it seems like an upcoming combined project between TTFC and TELASA. So TTFC and TELASA is said to produce their 3rd project and as per the teaser they will work on two special video works and will be streamed at the same time on both the platfor
457 views0 comments 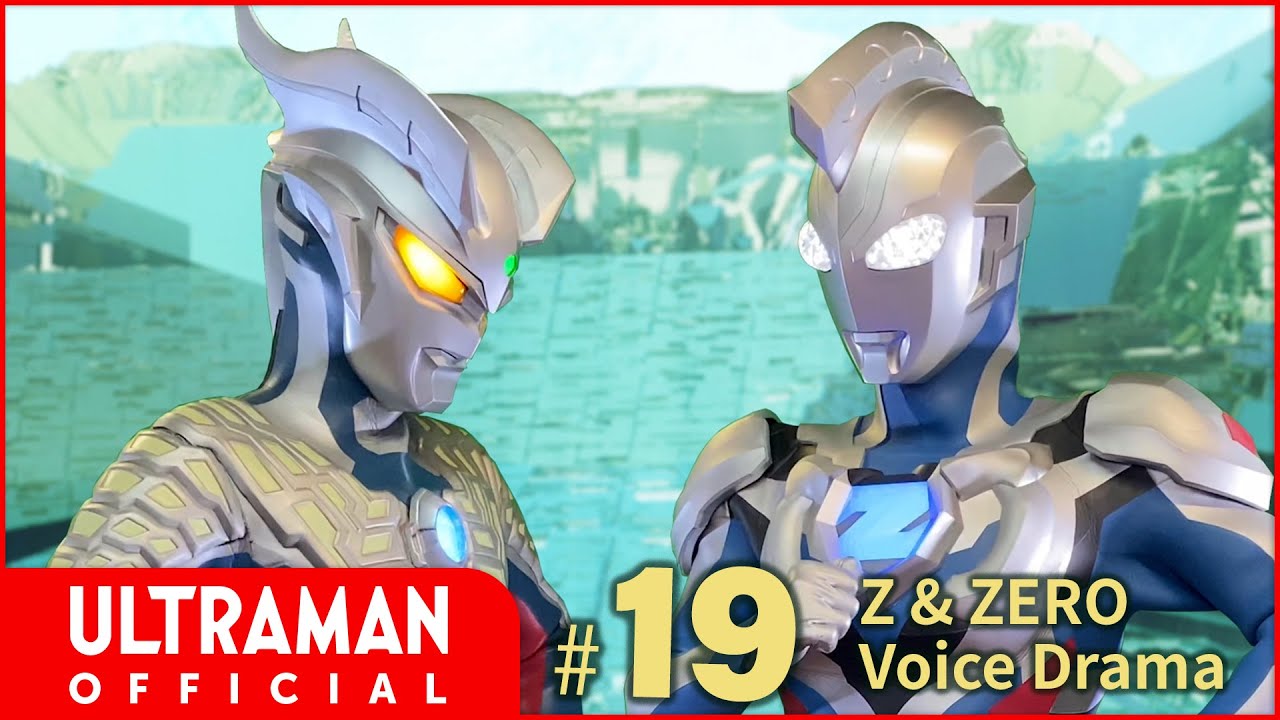 There are so many things to highlight in this Episode. But most of all, who knew that Ultraman Ace was the one who named Ultraman Z as 'Z'. Because of the appearance of Ace, we got to see Ultraman Z Beta Smash's new finisher → Space Zett!
39 views0 comments

While I was busy with posting about the new scans that have come out few days back, many news came out about Nashiko Momotsuki who is one of the trending character of Kiramager right now! So a new Gravure Magazine "DOLCE" have published their first volume and Nashiko-chan gets to be on the Cover Page. Just like you can see in the above image, she got to eat the cake while holding it in bare hands. Along with the Cover page, she gets the big volume of 16 pages of Gravure. Get
430 views0 comments

TTFC's Official Twitter had revealed that someone will make Surprise Appearance in Gaim Gaiden: Kamen Rider Gridon Vs Kamen Rider Bravo. It's still not known who will that be!! Could it be Kota Kazuraba / Kamen Rider Gaim? By the way, out of the four known characters → Oren, Jonouchi, Takatora-nii, Jiena-chan, there is one more character which we didn't thought of. Who is the other Kamen Rider Gridon?
327 views0 comments

Special Episode: "Connecting the Master & Pupil" Air Date - November 7 Young Warrior - Ultraman Z looks back into the battles to understand the preciousness of comrades. We will get to look into the Kouhais of Ultraman Zero with whom he had formed bond with. Episode 20: "Feelings and Beyond" Air Date - November 14 Screenplay - Yuji Kobayashi Director - Masayoshi Takesue STORAGE's Maintenance Team Leader Kojiro Inaba's daughter Ruri Inaba had created an Artificial Lifeform cal
283 views0 comments

There is nothing much to highlight this time for Kiramager. But Muryo Hakataminami is going to transform into Kiramai Gold using Kiraful Go Arrow! If you look losely, he is wearing a shawl to reference Pikotaro's outfit. Most probably this is gonna be an one time warrior. Sayo will be turned into a Mannequin by Mannequin Jamen in the upcoming episodes! We'll get to see the younger Muryo Hakataminami who will seen giving many souvenirs to Oradin who is trying to save Takamichi
406 views0 comments

New Scans for The Absolute Conspiracy which shows some new stills for Ultraman Tregear Early Style, Ultraman Jonias in his new suit & Andro Melos fighting the enemy. By the way, here are some info about Ultraman Ribut which some of us didn't know about. 1. The needle weapon which was featured in the 2nd Trailer is called Spreader Rod 2. His Finisher attack is called Galaxium Blaster 3. The Shield which he uses is called Ribut Blocker.
218 views0 comments

Ultraman Z Scans: Ultroid Zero the Final Robo!, Barossa is Back So Is Sevenger!, M1 Out of Control!

Long awaited Ultroid Zero is finally here!! Motif is of course Ultraman Zero, but it's actually the Storage's Ultimate Robot which was created using the Battle data of Ultraman(s) and King Joe. He has so many abilities that will surpass even Ultraman Z. He has a giant Orb on his Chest called D4 which will emit D4 Ray that can completely annihilate any enemies. Well Barossa Family doesn't seem to stop. The third brother arrives, but this time they have King Joe Storage Custom,
250 views0 comments

It has been revealed that when the Riders use the Ridebook with same color, the resulting form will be officially referred as "Wonder Combo". So Kamen Rider Saber's Wonder Combo will be called Kamen Rider Saber Crimson Dragon. Along with Brave Dragon, Storm Eagle, he will use Saiyuu Journey Wonder Ridebook to transform. Saiyuu Journey is the Ridebook of Story which tells the story from the Chinese novel Journey to the West. His Finisher is called Bakuen Guren-zan (Explosive C
429 views0 comments

Yuki Kubota (Takatora Kureshima / Kamen Rider Zangetsu) & Mahiro Takasugi (Micchi / Kamen Rider Ryugen) have returned back to lend their voice for CSM Sengoku Driver and CSM Lockseed Kureshima Set. This Set will also include Shin Kachidoki Lock Seed which will transform Takatora-nii into Kamen Rider Zangetsu Kachidoki Arms. In this video they review the CSM Sengoku Driver which is still in it's development stage.
54 views0 comments

Toei is releasing Spin-off one after the other. A week after the end of Gaim Gaiden: Kamen Rider Gridon Vs Kamen Rider Bravo, we are going to get "Kamen Rider Saber Spin-off: Kenshi Retsuden" which will focus on the Five Swordsman → Kamen Rider Blades, Kamen Rider Espada, Kamen Rider Buster, Kamen Rider Kenzan & Kamen Rider Slash. (Trailer is present in the above video at the end) An Interview with Mei Sudo's actress Asuka Kawazu had revealed that she will appear in Kamen Ri
108 views0 comments

So along with the surprise of Gaim Gaiden: Kamen Rider Gridon Vs Kamen Rider Bravo to start streaming from today itself, it also surprised us after knowing KAMEN RIDER GIRLS member Tomomi Jiena Sumi is also the part of the Cast. But before going more on her character, let's take a look at Kamen Rider Sylphy who is the main villain of this Spin-off. Kamen Rider Sylphy looks more like a female Rider and has that Arabic mask on the face. This Rider will use Helheim Lock Seed (L.
164 views0 comments