Kiramagers had defeated one of the powerful Jamenjuu... and the very next moment... Emperor Yodon arrives on earth! Galza's Jamental had enhanced and he took control of King Express by forcefully removing Mashin Zabyuun from the Gattai. This gave birth to Evil King Express which has red eyes. Grateful Phoenix and Gigant Driller will struggle to fight him. An Ice-candy man will be confronted by Yodonna and it looks like he give all the Ice-candies to Yodonna. That's where her
3130

Ultroid Zero who was once believed (just a month back) to be an ally of Storage ends up transforming into the Final Boss → Destrodos. Ultroid Zero ends up absorbing the power of all the Kaiju Medals and transforms into this. Of course it's Cerebro who caused it. When it comes to the Destrodos' suit... it has elements of many monsters because I was only able to recognize the Red King's part in the back. Speaking of Red King... Ultraman Z will try to protect the Egg of Red King
4680

Kamen Rider Saber is going to get a new form in December. He will get Metal Cluster treatment as his suit is going to turn Silver giving that Knight feel. Well even the mask looks like more of a Knight now... well that's why it's called KAMEN RIDER SABER DRAGONIC KNIGHT. Looks like they were finally able to unseal the bulky Ridebook which Touma got from Avalon. This Ridebook is called Wonder Ridebook Dragonic Knight. It has the power of three Wonder Ridebooks and when opened,
5040

Kiramager The Movie Filming Leaked: Lady in White to be the Guest Character

So Kiramager THE MOVIE's half of the filming or may be whole film has been completed in July. So an pic from the filming of Kiramager THE MOVIE for the date July 13th has been leaked online. Kiramai Red and Kiramai Yellow are doing something in the Flower World. Kiramai Red is holding something. An Lady dressed in White is going to be the guest character. Galza is also going to be part of this scene as you can see the suit actor on the right wearing the lower part of the leg.
4360

Ultraman Z Final Arc Cast Announced: Has Something to do with D4 & Ultroid Zero?

Ultraman Z gets a new cast who will be the part of the Final arc (Episode 21 to 25). Actress Maya Hayashi is going to play the role of Mai Yuuki who is the member of Earth Defence Force. She might have something to do with D4 and Ultroid Zero.
3120

Mahiro Takasugi Decides To Resign from His Talent Agency in 2021: Steps Down from His Asadora Role

Mahiro Takasugi who had played Mitsuzane Kureshima a.k.a. Micchi / Kamen Rider Ryugen had announced that he is ending his management contract with his current Talent Agency Spice Power. The date of contract end will be April 11, 2021. Mahiro had been scouted by Spice Power (Sweet Power) back in 2009 and started as a Child Actor and he was the first actor of this agency. It's been 11 years and he is got many roles. Mahiro had said that he wanted to start from zero. He had also
9340

Air Date - November 22 "Sayo-san is going on a date!?!?" Tametomo Imizu (Kiramai Yellow) & others are strangely excited in CARAT. Their excitement is heating up. Sayo Oharu (Kiramai Pink) has been asked for a date by her Medical Collage classmate from America. His name is Kusaka and he is a specialist in the field of genetics. Sayo had reunited with him recently and had been in close contact her since. It seems Kusaka has something important to talk about. Could it be a prop
2170

Actor Akira Kubodera who had played Kunzite / Shin in Live-Action Sailor Moon and Kanai / Giraffa Undead in Kamen Rider Blade had passed away at the age of 43. This was reported by his Talent Agency Hirata Office. To Fans and all concerned This is to report all the fans who support everyday, to all the people related. Yesterday November 13th, actor Akira Kubodera had passed away. Since it was sudden, family and staff are still not able to accept the current situation. Inve
3890

Air Date - November 21 Screenplay - Satoshi Suzuki Director - Masayoshi Takasue Using the debris left down by Baraba, a new Weapon is created that uses the power of Yapool. Because of it's dangerous power, Haruki Natsukawa (Ultraman Z) and others are against it. That's where Space Ferocious Monster Cherubim appears! This new weapon D4 is installed on King Joe STORAGE Custom. Will Yoko Nakashima pull the trigger of D4?
730 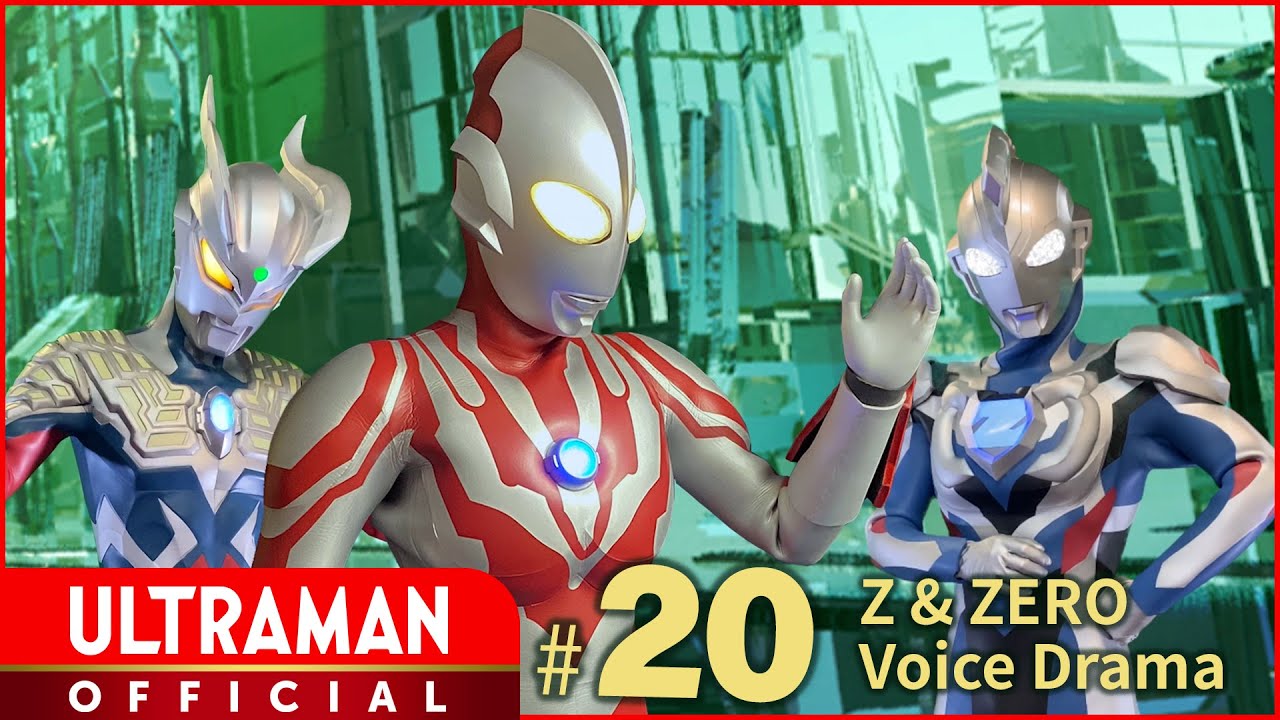 Ultraman Z Episode 20: "To Care and What Lies Beyond"

STORAGE's Maintenance Team Leader Kojiro Inaba's daughter Ruri Inaba had created an Artificial Lifeform called M1. But due to an problem, M1 turns into a giant. Storage will do their best to bring him back to normal.
130

Ultraman Series will be celebrating their 55th Anniversary in the year 2021 and to kick off that, they have unveiled the Ultraman 55th Anniversary Logo. Considering their plan to reach Global fans with Tsuburaya Global, they have decided to keep the logo simple this time. Followed by the official ULTRAMAN Logo, inside the numbers 55 you can see the pics of Ultraman, Ultraman 80, Ultraman Leo, Ultraseven, Ultraman Ace, Ultraman Jack and Ultraman Taro. They could have also inco
1110

Actress Moga Mogami who had played Android One Zero / Mana in Ultraman Ginga S had announced her pregnancy today on her Blog, Twitter & Instagram. But this news has been trending a bit on the internet as she had mentioned that she has no plans of marriage. Announcement. This is an announcement from everyone. I have been given a new life. I am 31 now and I have been thinking about future daily. I have been wishing to have kids lately, so I am feeling happy now. Currently, I ha
3240
1
2