Air Date - March 7 Director - Shojiro Nakazawa Screenplay - Junko Komura A world with Infinite Number of Parallel Worlds. These Worlds suddenly fell in the hands of Mechanical Lifeform Kikainoid World's Evil Dynasty - Tojitendo and have been trapped inside Tojiru Gear. The only world that was left was that of main character of the story - Kaito Goshikida. For some reason, Kaito's world and Tojitendo's world - Kikaitopia got merged together. But Kikaitopia's Kikainoids & Human
828 views0 comments

Mashin Sentai Kiramager Vs Ryusoulger Announced: Poster & Trailer Out! Yodonna & Galza are Back!

It seemed like Toei weren't doing Kiramager Vs Ryusoulger this year due to pandemic. But today with the end of TV Series, they had announced V-Cinext "Mashin Sentai Kiramager Vs Ryusoulger". The biggest highlight of the movie is that Yodonna who had truly died as the incarnation of Emperor Yodon in the final episode is back as the Main Villain for the movie. She is going to produce the movie inside of the movie. Looks like she is going to get 'Agatha All Along' treatment in t
216 views0 comments

Kamen Rider Saber filming which was spotted recently, turns out to be related to Terebi-kun Special. Saber will use Terebi-kun Wonder Ride Book which has the image of Swordman X & a new Warrior behind him, and transform into Kamen Rider Saber Dragon Terebi-kun.
278 views0 comments

Saber Elemental Primitive Dragon's Rider Kick Finisher is called "Elemental Shuugekiha". He will perform it for first time on Calibur. Finisher using Kaen-Ken Rekka is called "Shinrabanshou-zan". Shinrabanshou means 'Everything'. Probably referring to four elements once again. Shinrabanshou-zan is performed, the power of two dragons resides inside the sword. The new Kamen Rider Calibur who is 1000% Kento will first appear in this Sunday's episode to stop out of control Primit
537 views0 comments

Reika Shindai is going to be the newest Rider who will appear in March Episodes. Her Rider is called Kamen Rider Sabera. She will use Konchuu Daihyakka (Encyclopedia of Insects) Wonder Ride Book & Enei-Ken Noroshi to transform into Kamen Rider Sabera Konchuu Daihyakka. Enei means Smoke and Noroshi means Smoke Signal. She uses the energy of smoke while fighting. She can disappear in smoke making the other enemies difficult to see her. In her first battle, she will attack Slash
884 views0 comments

When we saw the Trailer for Kamen Rider Saber Episode 24, everyone might have questioned this. "Who is the New Calibur?". Some said it could be Saikou Shadow as Yuri was the original owner of Ankoku-Ken Kurayami. But how & from where did he get the Ankoku-Ken Kurayami in the present? It had disappeared with the disappearance of Kento. Of course let's not forget we got a end credit scene which showed us that Kento is possibly be alive. So the new Kamen Rider Calibur should be
2,850 views0 comments

A month back we were teased about Ultraman Z's manga & today Tsuburaya Productions had finally announced the title of the manga. It's called "Fight! Sevenger". The story will focus on the days before the first arrival of Ultraman Z on earth. It will revolve around Storage members and their fight against the monsters using Sevenger. Basically a Prequel to Ultraman Z. The manga will be serialized on Terebi-kun from April edition releasing from March 1st.
146 views0 comments

To commemorate the release of ONE PIECE 1000th Chapter, many talents are cosplaying as One Piece characters for the latest Weekly Playboy Vol. 10 releasing on February 22. Among them, Kamen Rider Saber Heroine - Asuka Kawazu (Mei Sudo) cosplay two of the One Piece characters - Rebecca & Vivi. Along with magazine release, there will be a special Digital Release of the gravure titled as "Asuka Kawazu, Vivi & Rebecca". In the interview for the cosplay she had said that "I had st
848 views0 comments

Kamen Rider Saber Episode 24 Synopsis → Who is the New Calibur?

Kiramager Episode FINAL: "We Shone Because You Were There" Episode Guide → Yodonna is Still Alive

Air Date - February 28 Director - Kyohei Yamaguchi Screenplay - Naruhisa Arakawa Juru Atsuta (Kiramai Red) is back. Because of Emperor Yodon's powerful shot, he fell to the bottom of the Yodonheim's valley. But the one to save him was Galza. Galza stood in front of Juru & Kiramagers many times in the past. That was him who was possessed by Darkness. In the end, he was able to retrieve back his shine for one last time. In order to give meaning to Galza's sad life, Juru takes u
510 views0 comments

TTFC had revealed some additional details on "Bessatsu Kamen Rider Saber: Manga - Kamen Rider Buster" today. Chapter 1 will focus on Ryo Ogami's story of becoming Kamen Rider Buster for the first time, his High School life and him meeting his future wife. Chapter 1: "Ultimate Youth Part-1" Ryo Ogami is a High School student who has been influenced to fight by Showa's Gangsters. But he can't go against his childhood friend Haruka Kiritani who is also Student Council President.
377 views0 comments

Air Date - February 21 Juru Atsuta (Kiramai Red) has gone missing. Mashin Fire asks the five who have returned from Yodonheim. They tell Fire about the result of battle between Juru & Galza while looking down, clenching their teeth and crying. Revived Emperor Yodon had killed Galza and Juru has fallen down to the bottom of the valley. Muryo Hakataminami is stunned. Mabushiina is not able to calm herself down. Fire is not able to take in the truth. Everyone falls in despair w
380 views0 comments

Air Date - February 21 Touma Kamiyama (Kamen Rider Saber) & others want to exterminate the Megid, protect the world, find the true enemy inside Sword of Logos & bring the organization to correct path. Touma asks Tetsuo Daishinji (Kamen Rider Slash) about the current situation of Southern Base. He tells that they have never connected directly with Sword of Logos' leader - Master Logos. All the instructions are been communicated via Reika Shindai. Is Reika the true enemy from S
364 views0 comments 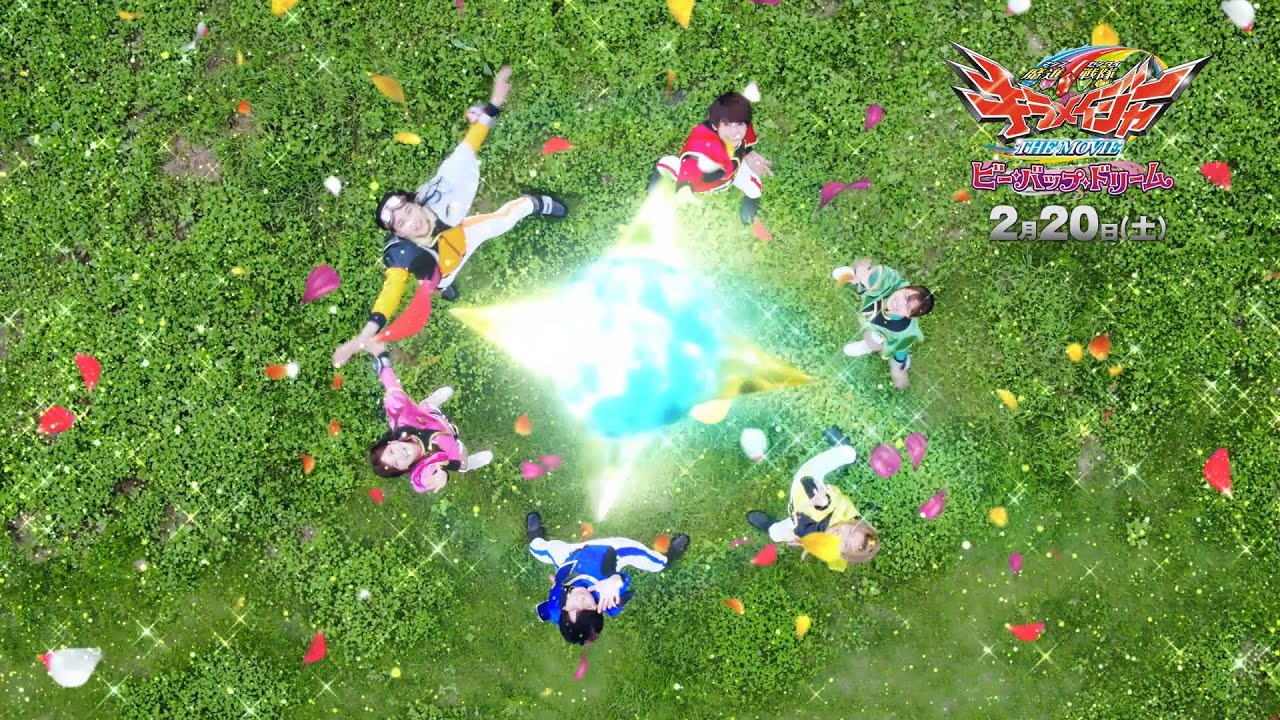 Megumi Ogata who is known for voicing Shinji Ikari in Evangelion has been revealed to voice the Dream Stone in Mashin Sentai Kiramager THE MOVIE: Bebop Dream. Dream Stone is the stone used by Minjo to give nightmares to Kiramager. Here voice is also heard in the new Promo. By the way, the official Toei Hero movie Twitter account had revealed the screen time for each movie in Super Sentai Movie Ranger 2021. Mashin Sentai Kiramager THE MOVIE: Bebop Dream - 39 minutes Kishiryu S
165 views0 comments

Keisuke Soma who had previously played Genta Umemori / Shinken Gold in Samurai Sentai Shinkenger is returning back to Tokusatsu after 11 years. He is going to appear Kamen Rider Saber Episode 23 as a Soldier of Southern Base. He will confront Touma who had infiltrated inside Southern Base. He is seen with a brown colored Wonder Ride Book. What will that do? By the way, it's not confirmed whether he is a Guest Star or a Regular cast yet. But since it's also not mentioned anywh
391 views0 comments